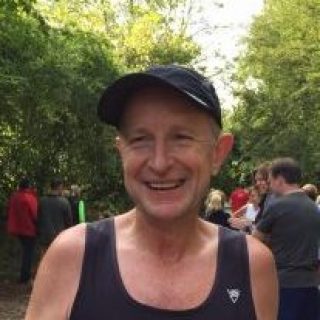 Thanks to the Beast from the East and all the associated snow and wintry weather the March Handicap was unusually held on the 2nd Thursday of the month.  Despite the diary disruption we had 26 runners out to contest the race but notably James Moore couldn't make it (away skiing) and so his remarkable streak of 44 consecutive handicap events comes to an end.

We had 2 event newbies in Simone Paulson and Sara Quayle and we also welcomed Lloyd Dickson, Susy Perry and Andy Parkinson for their first handicap runs of the year.

Our winner on the night was Colin McManus from Lloyd Dickson and Paul Mayton.  On a night for fast running no fewer than 17 runners managed to meet or beat their handicaps and we had 15 runners in the blanket finish sweet spot.

The results of the March Handicap are here

As to the overall standings, the usual caveats about it being too early and there being many races to come and discards yet to play all apply but Matt Lavers leads the way from Paul Oxley and Adrian Haughton.

The next running of the handicap will be on the first Thursday of April - the 5th of April - meet at the track 18.45 for 19.00, all welcome.  Don't worry about being new to this come along anyway, we can set handicaps on the night.