Marius went first in the Sprint race at 8am, enjoying cool, dry weather for a hilly course.  Two circuits of the 2.5k city circuit, with over 20m of height gain on each was followed by a 160m high hill on the 20k bike leg, then a further lap of the run circuit.  Marius finished 15th out of 55 in his age group and 5th Brit, in a time of 1:04.54 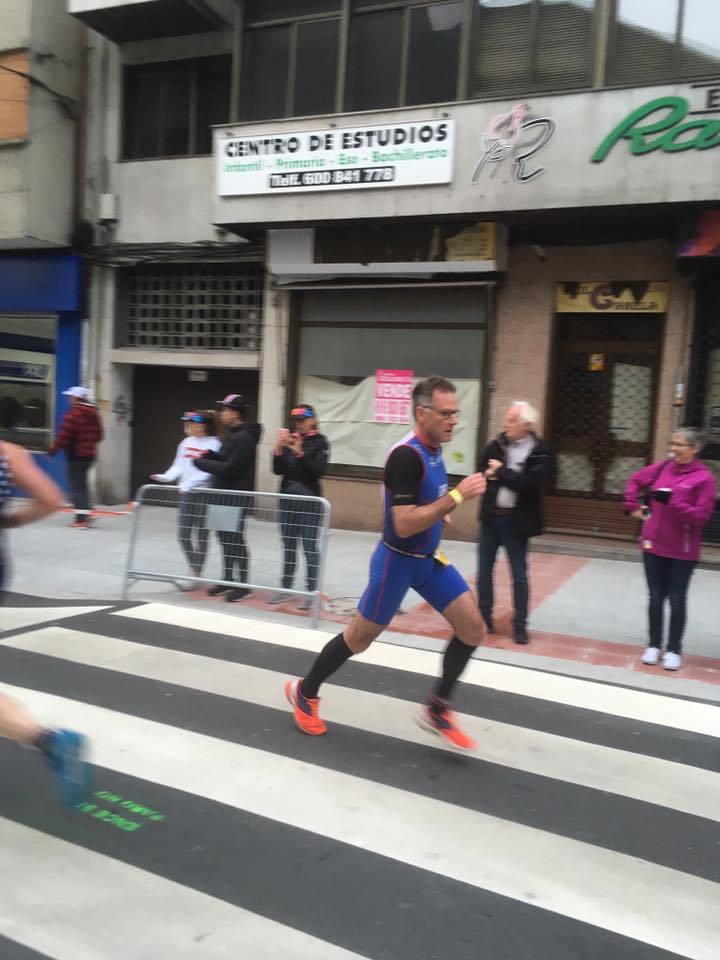 When Simon started the Standard distance event at 4.30, the day had warmed up nicely.  The run course was four circuits, with nearly 100m of height gain over 10K. The bike course was similar to Marius's but with additional turns to take it to 36k and 570m vertical gain.  The second run involved a further two circuits of the course.  Simon finished 8th in the age-group and 3rd Brit, in a time of 2:11.17. 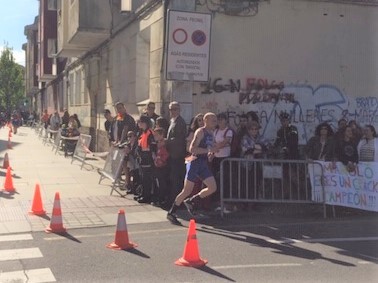 It was nice to see ex WADAC member Alan Doney getting 31st in the same age-group and race as Marius.