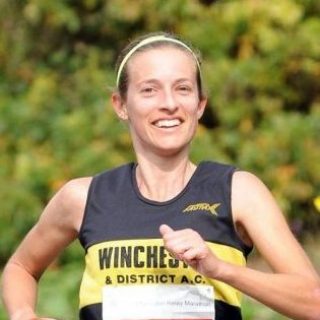 I joined WADAC in 2006, starting out as a road runner gradually evolving into a track addict. I have been Southern Athletics League Women's Team Manager since 2011

Following a busy day for others at various School Championships, round 2 of SAL created a more low-key event. All teams competing at Swindon were rather small, with Andover only having 6 members!

WADAC’s team was depleted, but no sooner had the day started than events were filled. The only event we didn’t have a competitor for was mens 110m hurdles. David Vosser and Martin McBrair stepped up to fill the men’s high jump spaces. Ellie Davies long jump and 5000m, Sue True 400mH and Triple jump, Jasmine Gordon and Erin McBrair added running the relay to their events when they normally only compete in throwing events. BUT a special mention must go out to Janet Littlewood who filled all the events she could – 7 in total, including 1500m steeplechase where she was the only competitor.

Again, everyone who completed were fabulous in their efforts/performances. PB’s were achieved by Jasmine Gordon in Hammer, Alex Beck in 400m. Plus a club record was set by Erin Willmers in 800m.

Points were tight throughout the day between us and Swindon, so the relays were a way to try to excel and gain important points. An exciting end to the day.

The ladies 4x100m was waiting at the start for lane assignment, when David said, ‘do we not have a men’s 4x100m?’ I said no. Within 2 mins a men’s team was waiting with the ladies. David had decided to run himself and took 3 distance runners with him – Will Boutwood, Ben Findlay and Guy Brayn.

Whilst the ladies’ steeplechase was on a second mixed 4x400m was formed. Will, Ben and Guy had enjoyed the 4x100m so much they signed up for the 4x400m too!

Both were told a mixed relay record must be on the books, as this event doesn’t happen often. We are still to hunt down the current record, to see if it was achieved.

Thanks to Simon Stevens, Ernie Chambers, Gareth Lewis for officiating and parent helper Mike Gordon. 2 more rounds left for us, keep up the great work. Next round is 16th July @ Andover.

A couple of photos: